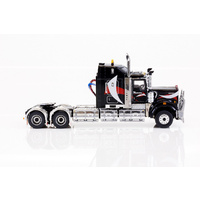 Model is pre owned looks to have been displayed, it appears to be in good condition but missing outer brown box