Its been a few months sience we have had Biante announce new releases for Holden but they just announced five new 1:18 diecast replicas. First up are a new addition to the Biante Peter Brock & Allan Moffat Collections.

They also announced James Courtney's Mobil 1 HSV Racing Commdore with the Boost Mobil Livery that people had been requesting. There is another LC Torana GTR XU1 with the Yellow Dolly colour that looks great.

Lastly my two favorite models of the announcement is the Holden VF Commodore SSV Redline II in Phantom Black and the Holden HZ Sandman Panel Van in Windsor Blue.

Click the below images for more images and to pre-order. 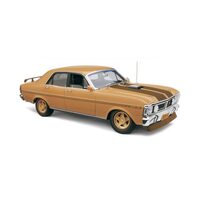