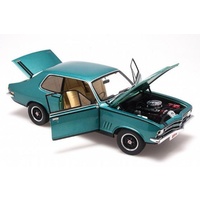 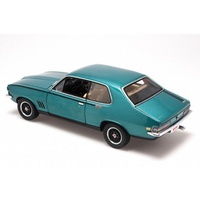 It is without a shadow of a doubt that the LC Torana was a game changer for General Motors Holden. The LC Torana formed the building blocks for the Torana nameplate, not only to become a force to be reckoned with in terms of on road sales during the 1970s, but in Australian Motorsport.

After years of producing the iconic GTS 327 and 350 Monaros, Holden were faced with the challenging prospect of bringing a new model to the market that was more competitively priced than the larger Monaro beasts but had a small body / big performance package, knowing this combination would attract more youthful and mainstream buyers. The LC Torana GTR was the product of this new vision from Holden. It was a cheaper, sportier package than what was available in the Australian market at the time and it was certainly the beginnings of the famous Torana legend.

Released in October, 1969 as part of the 6-Cylinder range of Toranas, the GTR used a 2.6 Litre 161 engine that was commonly found in the base model Holden Belmonts but with a raft of modifications including the cylinder head, camshaft, exhaust and dual throat carburettor. The new 161S engine was only capable of producing a slightly higher performance output, but it was in a significantly lighter car body which made a world of difference. Along with the engine treatment, the four-speed manual transmission and disc brakes added to the GTRs performance package.

Available in a range of gorgeous colours, the GTR was $100 less than the base model Monaros available at the time. While the asking price was $100 less, many punters argue that the high insurance costs for the new sporty GTR were a major deterrent for new customers. While this could have been an issue long term for Holden, once the visionary Harry Firth from the Holden Dealer Team recognised the potential of this new, nimble, 6 cylinder model and started to develop a package capable of taking on the Australian Motorsport landscape, another beast entirely was beginning to be discovered in the form of the XU-1. The eventual development of the GTR XU-1 would not only lead to a performance package that couldnt be ignored for Holden and a nameplate that would truly begin to shape Australian Motorsport for the better part of the next decade but thats another story.

The 1:18 Scale Holden LC Torana GTR in Taormina Aqua is a stunning replication of an amazing looking car. Place your orders for this model as soon as possible to ensure you dont miss out on this legendary Torana.