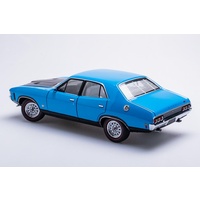 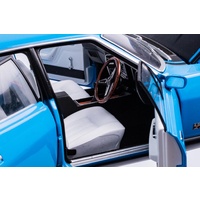 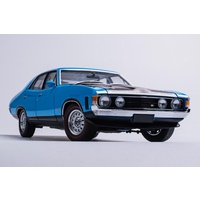 Up until 2016 the Australian arm of the Ford Motor Company had one of the world’s most enviable reputations for producing the unique ‘Australian’ brand of motor vehicle. Many punters would argue that the GTHOs were the defining point of the Australian produced muscle car, but there are others who believe that the makings of Ford Australia becoming a truly unique local brand with the inception of the Ford XA Falcon.

Up until the 1970s, Ford was still run with very close ties to Ford America, with many of the cars being designed with heavy American influences. The XA Falcon bucked this trend because it was a fully Australian-designed model. This new car was introduced to the Australian public in 1972, and was a totally new shape and style in comparison to the previous XY Falcon.

Featuring a larger body and a longer list of options than what was previously available in the market, the XA was an entirely different beast. The GT model was introduced in early 1972 powered by a 351 cubic inch 5.8 litre Cleveland V8 and was offered in gorgeous paint combinations in both sedan and hardtop body configurations.

This particular Blaze Blue replica is another fantastic model produced by Autoart. It will be produced in the new composite tooling with fully opening parts, high detail and beautiful finishing throughout. If you’re a fan of the blue oval then this will be a great addition to your collection.

Produced in an exclusive limited edition with a numbered Certificate of Authenticity this is a model that shouldn’t be missed.